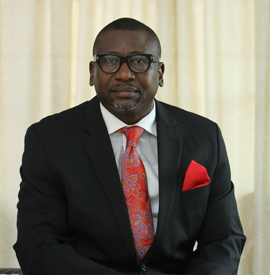 Mr. Charles Udoh Bassey was born in Calabar on the 11th of July 1967. He had his early education in the same town and then proceeded to University of Calabar, Cross River state, where he obtained a B.Sc degree in Geography. He also has an MBA from Edo State University (2001).

Charles had his mandatory NYSC with Chalma Ventures in Lagos where he served as an Administration Officer. He then joined the defunct Pinnacle Bank in 1992 and served in various departments ranging from Cash/Teller, Internal Audit, Marketing to the Cash Officer before he left in 1998 to join Northgate Investment (Lagos) as an Investment Officer.

Charles loves challenges, after a year in Northgate Investment, he moved to the old Standard Trust Bank (now UBA) in Calabar as a Profit Centre Manager (PCM-Retail Banking Unit) in 1999. He worked in various branches of the region till October 2005 (after 6 years) to join again the old Oceanic Bank (now Eco Bank) as a branch manager. He quickly excelled and was made a regional manager but left banking in January 2016 to start a new business.

He is currently the Managing Director of Regicons Global Concept, a company that deals in importation of building materials, household items and also owns a pizza place in Calabar. Charles is a member of the Nigerian Institute of Management (NIM), Associate Retail Bank (ARB). He is happily married with children, loves reading and playing basketball.