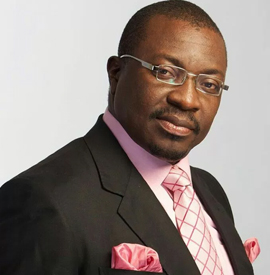 For over two decades, Ali Baba as he is popularly called has distinguished himself not only as a professional stand-up comedian in Nigeria but also as a comedian par excellence in the entertainment and creative space both at home and abroad. He has been instrumental in creating a system for Comedians and professional Masters of Ceremonies to thrive in Nigeria through mentorship, support and showcasing talents, ensuring that the highest standards are maintained in the Comedy Industry.

His popular annual Alibaba’s January 1st Concert has become a highly anticipated event where a thrilled audience of both the young and old usher in the New Year. In 2009, Johnnie Walker inducted him into the ‘Striding Man’ society which recognises men who have accomplished commendable achievements in their respective professions, while also sharing their success stories to encourage others. In 2012, Alibaba was the first Nigerian Comedian to ring the Year End Closing bell of the Nigerian Stock Exchange.

He has received several awards and recognitions and has also been featured in a number of prominent speaking engagements.