KINSE’S JOURNEY FROM THE STREETS TO SCHOOL 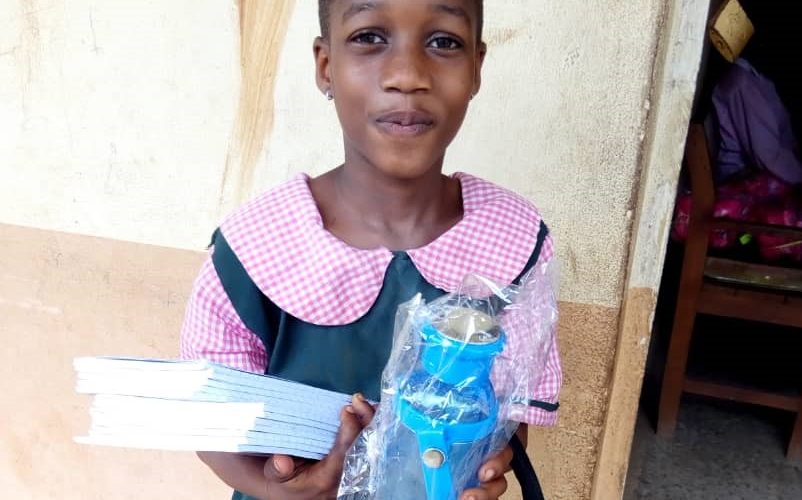 When Kinse was only a few years old, she lost her dad to the cold arms of death. Her mum on the other hand was partially mentally unstable and needed medical attention.

Kinse and her two siblings managed each day living from hand to mouth, begging and roaming the streets with their mum. Not long after, Kinse’s grandaunt took them away from their mum to a nearby school where she solicited for help from one of the teachers.

The teacher (who now acts as the children’s guardian), had four kids of her own as well as one other child in her custody. Notwithstanding her personal struggles, she took Kinse and her older sibling into her home and enrolled both of them into the public school where she worked.

Kinse was malnourished, pale, and unkempt with ringworms all over her body when she was brought to the school for help. Her mother’s situation had gotten so bad that she no longer visited her kids but was now roaming the streets for miles and miles. Kinse and her siblings have not seen their mother in over two years.

The Purple Girl Foundation took in Kinse in 2018 because we saw the promise in the bright 10-year-old girl who has a lot to offer the world.

In spite of all that she has been through, she aims to always be the best in her class with the hopes that one day she will grow up to become a better person, maybe find her mum, and get help for her!