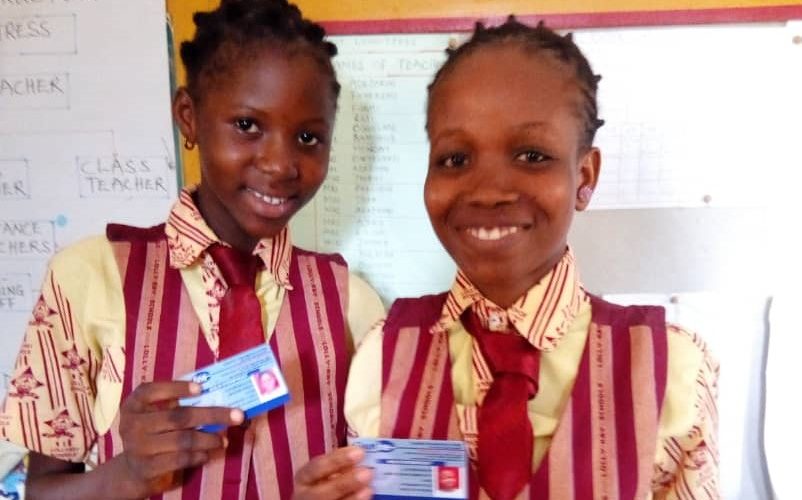 Once upon a time, Ajose Victoria lived happily with her parents & two siblings in a comfortable home in the axis of Egbeda, Lagos state.

Victoria’s dad was a huge believer in the benefits of quality education, therefore he ensured that his 3 children went to an affordable private school in the area. Victoria was able to complete her primary school education before the unfortunate demise of her father.

After the death of her father, the family of her late dad tried to introduce the levirate marriage tradition and had tried to force Victoria’s mum into a marriage with her uncle (her late father’s brother). Mrs. Ajose (Victoria’s mum) refused to marry her brother-in-law believing it was abominable and did not wish to dishonor the memory of her late husband, an act she would never engage in.

In the process of resolving the property ownership & the levirate marriage tradition, Mrs. Kehinde lost one of her children and was left with Victoria and her younger brother. Victoria’s uncle proceeded to forcefully take Victoria and her younger brother from their mother moving them to Oshodi axis of Lagos state where they had to share an apartment with the uncle’s friend, and were not allowed to see their mum. They thought it was a better alternative but the conditions they found themselves in are better imagined.

A kind neighbor (let’s call her Mrs. P) noticed Victoria and her only surviving sibling struggling to make ends meet, called her aside and made enquires about her educational background. In the years to follow, Mrs. P, a struggling community health worker enrolled Victoria in a public school and took her in as her adopted child away from the deplorable state she was in.

However, this couldn’t continue for long as Mrs. P had 3 children of her own to fend for. Eventually Victoria dropped out of school after completing her JSS 3 and had to learn a trade in the meantime. After some effort, Mrs. P was able to locate Victoria’s mum and tried to convince her to take her back. Victoria’s mum pleaded bitterly explaining how she had been living from hand to mouth.

Mrs. P continued to accommodate Victoria but couldn’t afford to send her to school which resulted in Victoria staying home for 2 years. When we learnt about Victoria’s case through our commemoration of the International Literacy day, we selected her has one of our beneficiary and immediately enrolled her in SS1 in one of the reputable schools located just around her home.

Despite the perils Victoria faced at an early age, she is a promising student who continues to beat all odds by getter better academic grades each time. Victoria dreams of getting a good job after completing her education to help her family.